FrenchDistrict > South California > Penny for our thoughts > I’ve always been famous, it’s just that no one knew it yet! 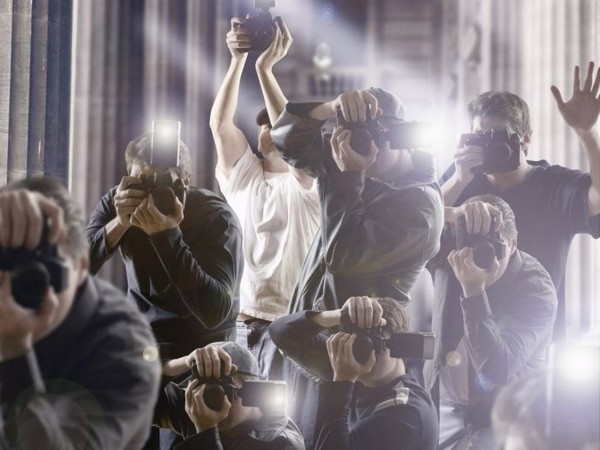 Did you know these famous people are or have French origins?

Cultural diversity is all around us and it is surprising how little we know where origins of a person lie. Do you know how many famous names we come across in the States are actually not born here? “Knowing and suspecting are not the same thing” said Rick Riordan. Here are some famous names demystified. Voila! They are French…

There is something alluring about the French. No one can seem to place a finger on exactly what it is, but the French do leave imagination reeling. Check out these so and so’s who have the fame, the talent, the extravagance that have given them the red carpet and they are in some way…French!

The who’s who in movies

The face of Hermione Granger for all Harry Potter movies, she was born in France in 1990. Growing from a child actress, she can now be seen in many movies as a full-fledged actress and also modeling for the likes of Burberry.

Born in Paris, you have seen him in Ocean’s 12, Ocean’s 13 and Black Swan. His bad boy charm and rugged good looks have gotten him to be the face for the new Yves Saint Laurent men’s fragrance line.

The Dark Knight wasn’t the only one to be charmed by this French tres belle femme. Marion is one of the French actresses who has made a major break into Hollywood with critical acclaims and movies like Inception in her portfolio.

The face of Gilbert Ponton as Inspector Jacques Clouseau’s assistant cannot be missed. Jean Reno, the French actor portrayed Ponton in The Pink Panther. You have also seen him in Godzilla, The Da Vinci Code, The Professional, … to name a few.

And that’s a… basket!

Having studied in the University of Florida, this French national now plays for the Chicago Bulls team. He is the son of legendary French tennis player Yannick Noah.

It’s all in the design

Designed and devised thousands of products and interiors, Philippe Starck is a name that will cross your path on many accounts. He began his carrer in his birthplace, France and now his presence can be seen in his designs that are all over the world. His clientele ranges from Microsoft, Baccarat, the Mondrian Hotel, Delano, and so many more that boast of his design.

Daughter of the legendary Pablo Picasso, was born in Vallauris, France. From working as a costume designer to a jewelry designer for Yves Saint Laurant and Tiffany and Co., Paloma has done it all. She has her own brand Palomna Picasso and the Mon Rouge which is a dramatic red lipstick has become her trademark.

Music in the house

Born in Paris, David Guetta is a name that is hard to avoid in the music industry. This French house music producer and DJ has belted out numerous tunes that are viral in the world of House music and has won many Grammy’s as well.

He is the Head Chef and owner of the Michelin star restaurant Guy Savoy located in Las Vegas and Paris. He is one of the youngest chefs in the renowned group of chefs who coined the “Nouvelle Cuisine” taking a lighter approach to French classical cuisine.

A Formula One fan could easily tell you Alain Prost was a four time Formula One Driver’s Champion. This French racing driver held the record for the most Grand Prix victories from 1987 to 2001.

Born in France, he plays striker for the New York Red Bulls in Major league Soccer. Thierry Henry showed great promise to be a goal-scorer as a youngster and went on to become a world class footballer. He was on the French national team that won the 1998 FIFA World Cup, UEFA Euro 2000 and 2003 FIFA Confederations Cup. He has played for Juventus and Arsenal and has many accolades to his name.