FrenchDistrict > South California > Penny for our thoughts > Do you know how many people speak French in the United States? – Here are the numbers from Facebook

Add me, poke me, like me…The choice is yours. Welcome to Facebook! Finding Friends has never been easier. Some numbers for you to know your chances of finding French friends in your state.

The Facebook Effect has David Kirkpatrick quoting “Facebook also has a fundamental characteristic that has proven key to its appeal in country after country—you only see friends there.”  Socializing has a new meaning ever since Facebook came into existence. Facebook presents a count of 1,318,000 potential French “friends” one could have in the United States. California claims the highest number of French speakers with a whopping 213,200 and Wyoming has the lowest count at 1,440 Francophones. State by state you ask? Here’s a small survey by French District. The numbers will show you why we, The French District came into being and are growing every day.

Francophones are “French-speaking” people. For our survey and calculations we have used the number of people on Facebook who speak French against the total population of the State in consideration as per the census of 2011.

The States that show the smallest representation of the French language in the United States include:

• Alaska– 3,680 people form a part of the French speaking population in America’s Last Frontier. Considering the 1,717,854 sq.km of area of the State, that comes to 0.0021 French people per sq.km (pfff…even a bear is going to go hungry).

• Montana– The Treasure State has 2,840 lucky people that can enjoy the French newsletter from French District.

• The Dakota’s– 1,820 souls stammer in the language of Voltaire besides that of the Sioux in North Dakota, while South Dakota claims just over a 100 people.

• Wyoming– The cowboy state has a measly 1,440 people that would probably order frog legs over a juicy steak.

Nine states claim of having French speaking people in the counts of up to 10,000. These include:

• Arkansas– 6,920 people can sing their hearts out in French in The Natural State.

• Hawaii– 9,440 people could French-up your experience in the Aloha State by welcoming you with a “bonjour” instead of “aloha”.

• Mississippi– 6,700 people could read to you the state motto of the Magnolia State as is in French.

• Oklahoma– 8,520 inhabitants out of 3,791,508 could explain to you why you shouldn’t work on May Day even though the Sooner State has a motto of “Work conquers all”.

We have 14 States that boast of these numbers which include:

• Arizona– If you cannot get by without French, you may have to have a back-up plan in case you get lost in the deserts here. Only 0.27% of the population can help you in French as per Facebook.

• District of Columbia (DC to avoid confusion ;))- We have a good 2.5% of population that speaks French here, which is the highest percentage amongst all the States. Kudos to the Capital. C’est fantastique!

• Louisiana– We would think that this former French colony would be home to many French speakers, but the language has evolved into the Cajun dialect. Thus, amongst the 2,189,560 registered users from Louisiana on Facebook, only 17,210 claim to have French among their languages.

• Oregon– “Les histoires du Père Castor” are not widely popular in the Beaver State. 11,769 Facebook users from the State know of “Papa Beaver’s Story Time”, although 2/3 population of the 3,871,859 inhabitants are registered on Facebook.

• Wisconsin– The Badger State was actually acquired by the United States in The Treaty of Paris in 1783. 15,020 people exist in Wisconsin who may or may not have French roots, but speak French nonetheless.

12 states proudly show Francophones in these numbers. Among them we have:

• Georgia– More than half of Georgia is on Facebook. Some 41,060 can keep the Peach State peachy in every season with their French.

• Nevada– 0.87% of the population from the Silver State know what “découvert bancaire” means when they see it on their bank statement after a stay in Las Vegas.

• New Jersey– The Garden State boasts of 27,960 flourishing Francophones in its territory.

• Ohio– Where “With God, everything is possible”, 37,460 people can recite the “Lord’s Prayer” in French, whether or not they know Latin.

• Pennsylvania– Half of the population of the Keystone State has a Facebook account and 39,380 could walk you through French humor with ease.

The big winners are mostly among the most populated states, but not limited to:

• California– About 1% of the 22,189,760 Facebook account holder claim to speak the same language as Jean Reno, Catherine Deneuve.

• Florida– More than half of the Floridian population has a Facebook account and 123,080 of them add to the Sunshine state with their flair of French.

• Texas– True to their motto of “friendship”, find 84,000 francophones residing in The Lone Star State where you won’t find yourself “lone”. 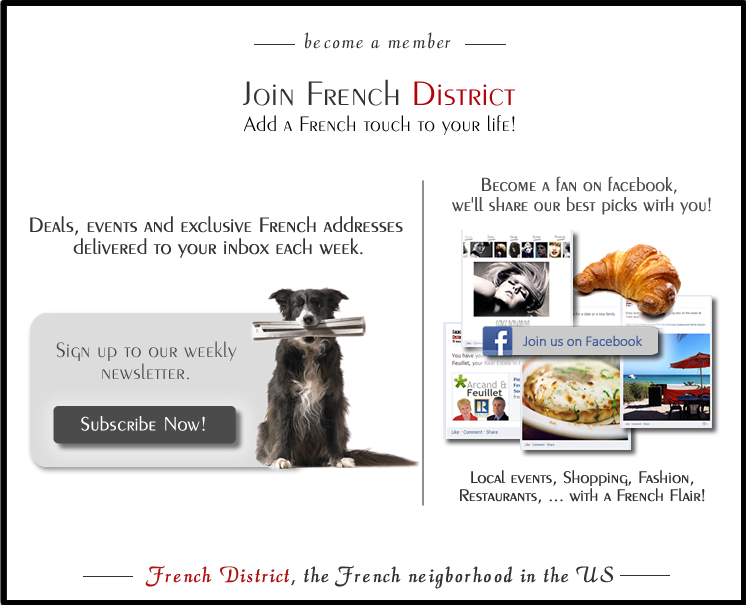