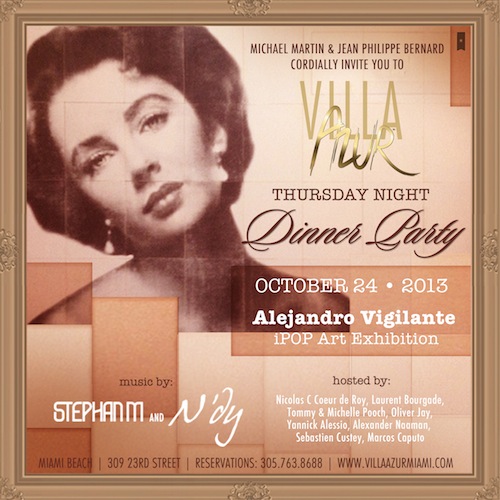 Villa Azur has organized a special dinner on Thursday, October 24th, 2013 and the works of Alejandro Vigilante will be showcased – from 7:30 pm at the Miami Beach restaurant.

Miami based multimedia painter Alejandro Vigilante, is developing a new strain of Neo-Pop art called “i-Pop” or sometimes as “iArt“. Alejandro Vigilante aims at creating a new media that seeks to advance the role of the online world of Facebook and Twitter in the physical bodies of artworks.

Villa Azur welcomes the artist as the guest of honor on Thursday, October 24th and also invite you to the special dinner party.