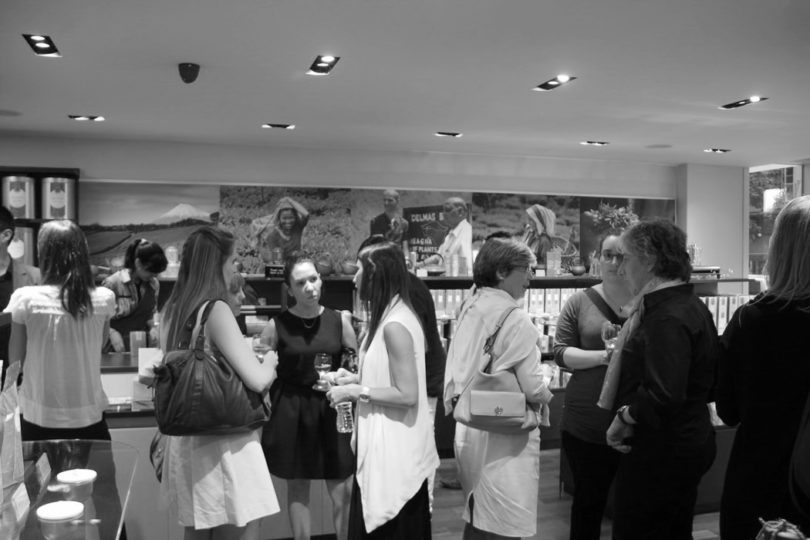 This networking meet was held at Palais des Thes on Prince Street on June 20th, 2013. Sponsored by Joelle and Margaux Larroche, this event brought together French District members and French speaking professionals who exchanged and renewed their network connections over wine and some tasty appetizers.

Thanks to the partners:

Check out the photos

Please contact the French District if you would like to be a part of these social and professional meetings.