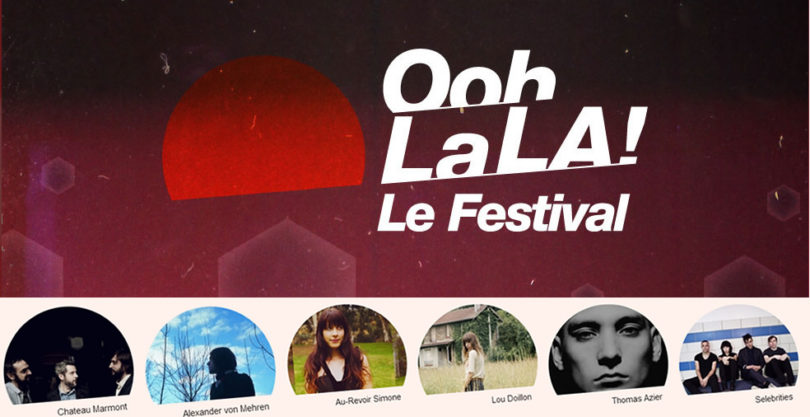 OohLaLa Music Festival returns for the 5th year in a row to Los Angeles, and is also touring San Francisco and New York – October 11th, 13th and 16th, 2013.

Devoted to modern French music, OohLaLa Festival was created by Sylvain Taillet, the Head of the Barclay/Universal Music France label, and made its first appearance in Los Angeles in 2009.

Since then, the Festival has expanded to San Francisco and New York, and pays tribute to the best of French modern music every year.

The lineup for the Festival this year: